It’s been a year and two weeks since my trip down to inauguration. I stopped in a few cities along the way to D.C. and asked folks what they thought about the President Barack Obama. It was an eye-opening fun project, and it’s definitely going to be interesting to hear what people think these days of the President. Perhaps I can look back at this project a few years from now, and I hope to retrace my steps and see what the consensus is in the communities I stopped in.

But for now, I want to direct your attention to the Vimeo Channel that features all the episodes of the series.

Check them out, and see how people’s hopes turned out in the first year of the Obama administration.

‘Road Trip for Obama’ on Vimeo 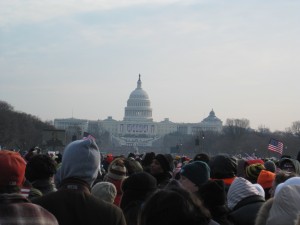 There have been a few inquiries for people wanting to check out my ‘Road Trip for Obama’ web project. If you’re looking to watch the whole project, you can check out Vimeo Channel here. Once again, it was a great project, and I hope all of you enjoyed it as much as I enjoyed making it.

I cut together some of the footage I got January 20, 2009, of our little trip from the Hotel to the Mall. It gives you a little perspective of what it was like to be down in D.C. during the inauguration of President Obama. Enjoy the footage! This is the final video of the Road Trip for Obama web project, from here, I’ll be using this footage in a future documentary that I’m working on. I thank everyone for tuning in, and I appreciate all the comments and well wishes we got during the project.

The results are in, and the reflect a lot of what we found while on our journey. The economy is the greatest challenge that President Obama faces, and we’ll be hearing about his plans in the coming weeks. Thanks for participating in the poll! 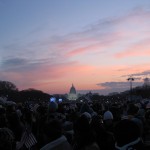 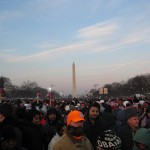 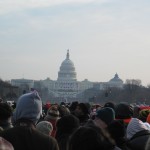 Road Trip for Obama: The Night Before Inauguration

The excitement was in the air everywhere we walked to this afternoon/evening in D.C. We popped over to get some b-roll, and just scope out the scene for tomorrow. We found people everywhere, but despite the crowds, there was a spirit of peace, happiness, and excitement.

We’ll be up EXTREMELY early tomorrow to get over the subway, and hopefully be on one of the first trains in to get our spot on the National Mall. I’m going to try and post some pictures via my phone here on the blog so check back tomorrow, and be sure to watch history from wherever you are tomorrow. 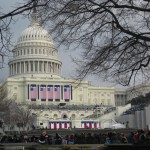 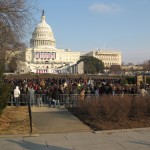 Road Trip for Obama: ‘We Are One’

I cut together a little highlight reel of what we saw yesterday at the inaugural concert! Like I said in the previous blog post, it was an amazing scene, though we were fairly far back, it was great to share the experience with so many other people. We’ll be going in the city today to shoot some b-roll, tomorrow is going to be an amazing day, we can’t wait. 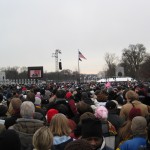 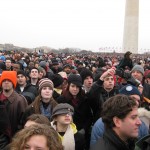 Hagerstown was an interesting place, the people we talked to had a lot to say about how much has changed for the different social classes in this country. Hagerstown was a place where you could definitely see how things have hurt small business and the working class.

Gettysburg is a beautiful city that has done an excellent job of preserving its past. We spoke to a few individuals we ran into about what they think of the current state of the country, and where they’d like to see us go.