Vatche Arabian began making films starting in June of 2000 with the production of “A Trip to Remember,” a video journal documenting his exchange trip to the country of Armenia. The film premiered at a sold out screening at the Belmont Studio Cinema, and was followed a month later by “Armenia: the Country, the Culture,” expanding on the history and culture that was touched upon in “A Trip to Remember.” 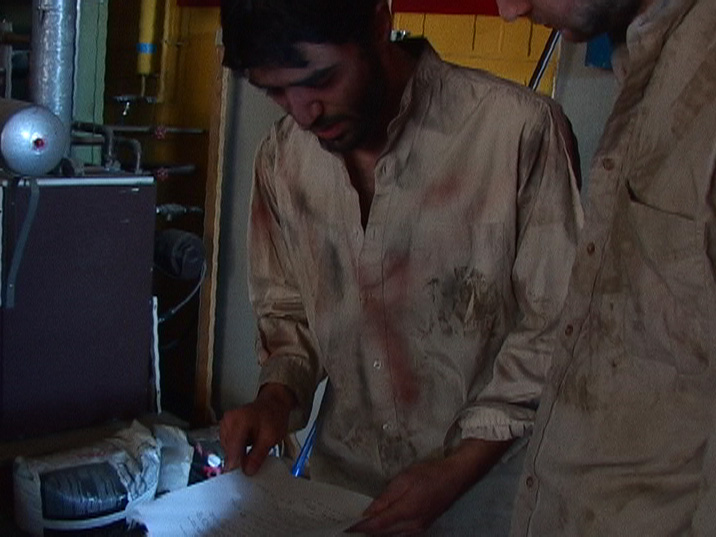 After graduating from Watertown High School, Vatche continued his pursuits by studying film at Fitchburg State College. In his time there, he produced four short narrative films of varying subjects, and the documentary “A Look Through Our Eyes.” His final school project was a “Booth” period drama about the last hours in John Wilkes Booth’s life. The film was screened at various festivals.

Following an internship on “The Departed,” where he worked in both in the Production Office and as a Production Assistant for the Editorial Department, Arabian began producing the “Hello Simon” video podcast (later renamed Hello the Podcast). Available in the iTunes Music Store, “Hello,” chronicled the ups and downs of Simon’s life, a recent college graduate. The show was named Boston’s Best Podcast in the Phoenix, and covered in the Boston Globe.

Vatche’s most recent projects include the short film “friends I haven’t met yet,” that is currently screening as part of the Coolidge Corner Theater’s Shorts Program.

He has also found himself experimenting with web projects, such as IPTV network “itsmyremote.com,” and his latest, an entertainment blog called “lonelyreviewer.com,” which has provided detailed coverage of the Independent Film Festival of Boston since 2008.

His most recent documentary project is “Road Trip for Obama,” a web series that was made during his trip to D.C. for inauguration. New videos were uploaded daily and can currently be viewed at www.roadtripforobama.com.

Currently, Vatche is hard at work developing all kinds of new projects. He also works full time for FLIR Systems in Nashua, NH.

Vatche is available for various freelance projects, bringing his years of experience in production. Projects he’s undertaken include weddings, event videos, web sites, commercials, and music videos. For more information, send him an email via the contact form.